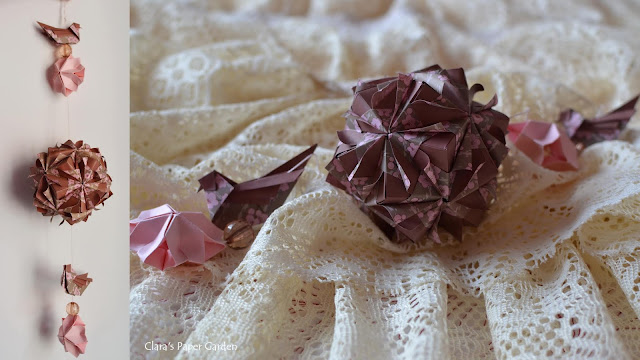 I saw on the internet an amazing origami paper set from Tuttle Publishing. In the description it stated that it has colorful cherry blossom designs and patterns. But when I opened it at home, almost every paper seemed so gloomy. Also the paper looked too thin. I was disappointed.
Since I adored the patterns, I started looking for a model to fold and I found the variation of the Selene Sonobe (designed by Maria Sinayskaya) I folded a couple of times. I chose a sakura pattern, wanting to show more the flowers and less the simple background. It seems that I chosen wrong and after assembly, the kusudama has more simple background than flowers.
Even though, I am happy about the end result. Of course that I had to accessorize the kusudama with a modular sakura flower and a little bird.
I was nicely impressed by the fact that even though the paper was thin, it folded well and it did not break. I also liked the texture. So, I am going to give another chance to this paper in the near future.


twilight…
on a soft breeze the rustle
of cherry blossom
- vidahaiku 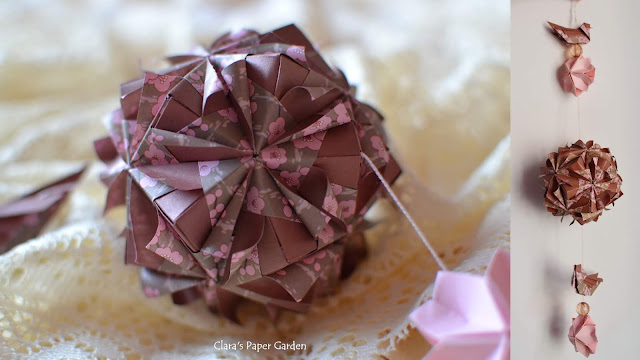 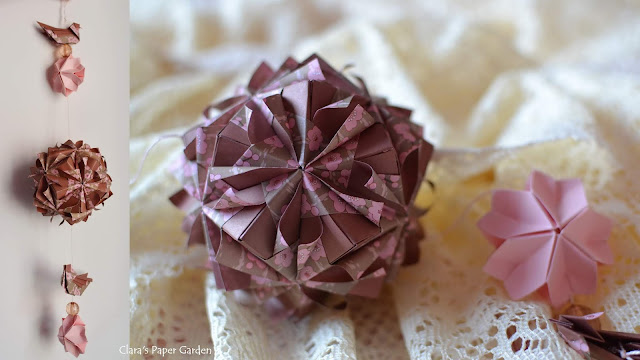 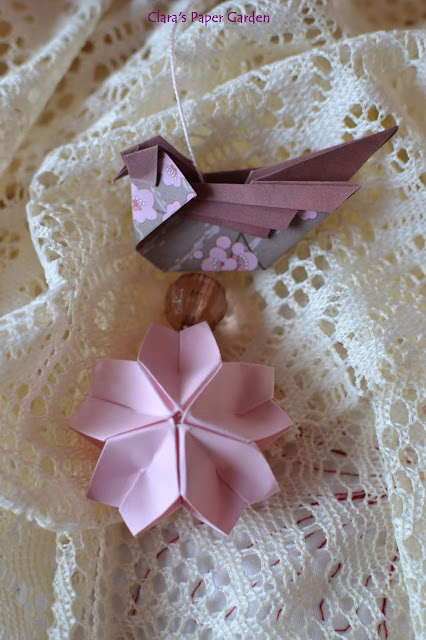 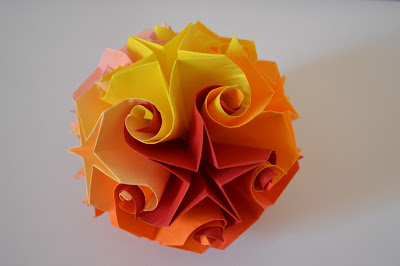 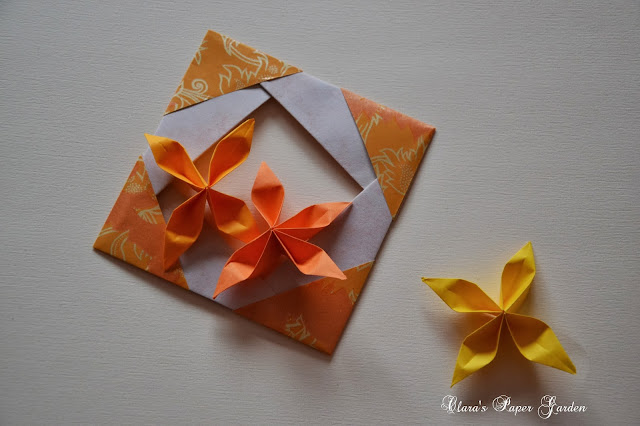